HP : Warning from BIS : Report : Impending Banking Crisis In Canada
The OIPC Grand Council has been petitioned by a series of Original Indigenous Peoples sovereign governing bodies to provide a discussion forum, through which modern era commerce and trade policies - including currency and banking regulations - may be determined through the Gus Wen Tah diplomacies : Peace Trust Friendship. "Indigenous" refers to the 7 Billion+ Peoples of Earth. 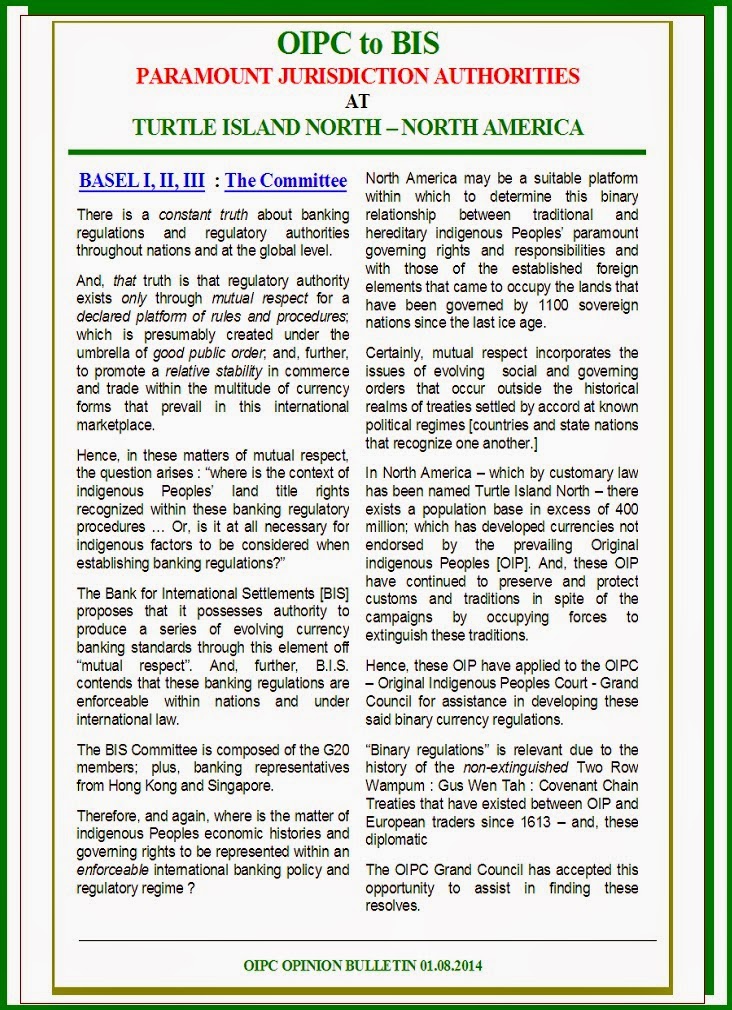 BASEL I, II, III  : The Committee
There is a constant truth about banking regulations and regulatory authorities throughout nations and at the global level.

And, that truth is that regulatory authority exists only through mutual respect for a declared platform of rules and procedures; which is presumably created under the umbrella of good public order; and, further, to promote a relative stability in commerce and trade within the multitude of currency forms that prevail in this international marketplace.

Hence, in these matters of mutual respect, the question arises : “where is the context of indigenous Peoples’ land title rights recognized within these banking regulatory procedures … Or, is it at all necessary for indigenous factors to be considered when establishing banking regulations?”

The Bank for International Settlements [BIS] proposes that it possesses authority to produce a series of evolving currency banking standards through this element off “mutual respect”. And, further, B.I.S.  contends that these banking regulations are enforceable within nations and under international law.

The BIS Committee is composed of the G20 members; plus, banking representatives from Hong Kong and Singapore.

Therefore, and again, where is the matter of indigenous Peoples economic histories and governing rights to be represented within an enforceable international banking policy and regulatory regime ?


North America may be a suitable platform within which to determine this binary relationship between traditional and hereditary indigenous Peoples’ paramount governing rights and responsibilities and with those of the established foreign elements that came to occupy the lands that have been governed by 1100 sovereign nations since the last ice age.

Certainly, mutual respect incorporates the issues of evolving  social and governing orders that occur outside the historical realms of treaties settled by accord at known political regimes [countries and state nations that recognize one another.]

In North America – which by customary law  has been named Turtle Island North – there exists a population base in excess of 400 million; which has developed currencies not endorsed by the prevailing Original indigenous Peoples [OIP]. And, these OIP have continued to preserve and protect customs and traditions in spite of the  campaigns by occupying forces to extinguish these traditions.

Hence, these OIP have applied to the OIPC – Original Indigenous Peoples Court - Grand Council for assistance in developing these said binary currency regulations.

“Binary regulations” is relevant due to the history of the non-extinguished Two Row Wampum : Gus Wen Tah : Covenant Chain Treaties that have existed between OIP and European traders since 1613 – and, these diplomatic

The OIPC Grand Council has accepted this opportunity to assist in finding these resolves. 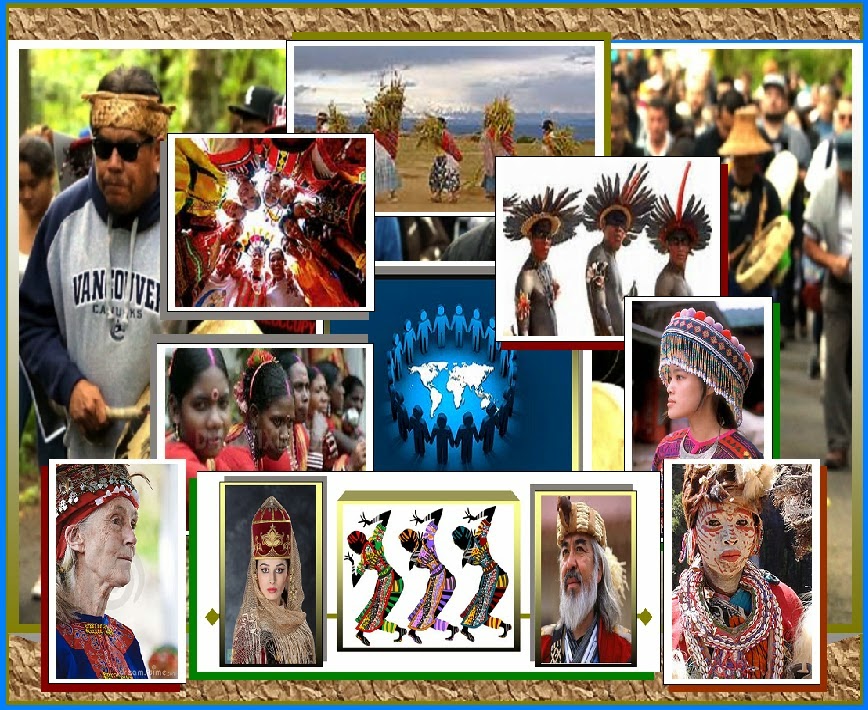